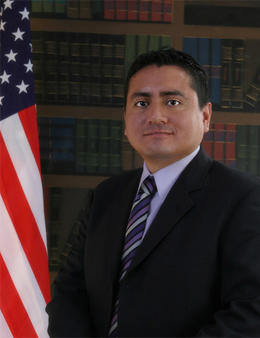 Attorney Jorge L. Delgado received his Bachelors degree from Florida Atlantic University, in Boca Raton, Florida.  He later obtained his Juris Doctor degree (Law Degree) from Nova Southeastern University, in Fort Lauderdale, Florida.  As a Law student he served as Editor of the ILSA Journal of International & Comparative Law (an International Law Magazine) and also as Assistant to James Wilets, Professor of International Law.  Immediately after his graduation from Law School, Jorge L. Delgado, became a Licensed Lawyer and Member of the Florida Bar.

As an immigration lawyer, his legal opinions have been printed in newspapers as well as broadcasted on radio and television.  Attorney Delgado has also been invited to lead conferences about Legal Immigration. Given the Federal nature of the Immigration Laws of the United States, Attorney Delgado is able to represent clients in any state of the United States of America.  Today’s technology allows the immigration lawyer JL Delgado from his offices in Florida, to represent for example a client in Nigeria, Africa who wants to immigrate to Cincinnati, Ohio.

Contact J.L. Delgado Law Offices today to setup up a consultation at either our Naples Florida office, Davie Florida office or online. We also invite you to connect with us on social media.

All fields marked with an astrick are required

You may schedule a consultation with the immigration attorney by calling our South Florida immigration law office at (954) 927-6254 or email us at info@JLDelgadolaw.com